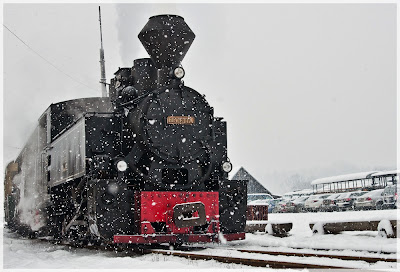 Sometimes known as "Vaser Valley Railway" the forestry railway of Viseu de Sus, located in the high North of Romania next to the border to Ukraine, is an unique technical culture asset: on a network of approximately 60 kilometers length operate - besides motor engines - up to now wood fired steam locos. The CFF Viseu de Sus, which stands for Caile Ferate Forestiere in Romanian language (forestry railway), is probably the last real operating forestry railway with steam locos. 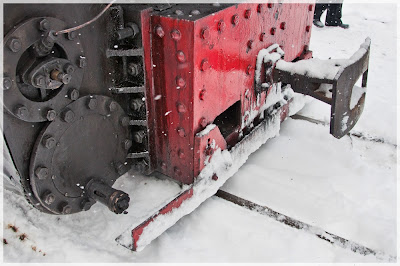 The narrow gauge railway (with 760 mm gauge) passes with many curves, over bridges and through tunnels, next to the Vaser River into a wild romantic valley of the Romanian Carpathian Mountains. The railway opens up a great forest area without any kind of roads and villages, but where still bears and wolves live in nature. The economic use of the Vaser Valley forests started late in the beginning of the 18th century, when the area belonged to the Austrian-Hungarian empire. German speaking settlers opened up the primeval forest and rafted the wood trucks down to the saw mills in Viseu de Sus. 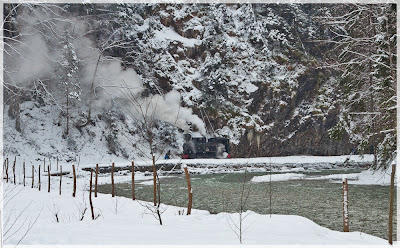 In 1932 started the construction of the forest railway, which was an enormous technical improvement compared to the trunk rafting. Forest railways had a big extension all over Europe, especially in the Carpathian area. The operating principles were very simple: following close to the river, in case of need with small curves (therefore the use of the narrow gauge), and constructed to enable the small locomotives pulling the empty logging cars up to the mountains and to coast down the heavy loaded trains to the saw mills. 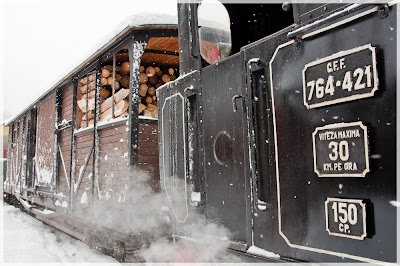 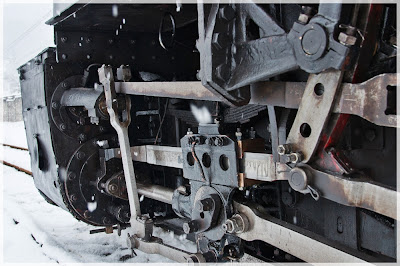 According to the rising road transport in the 1950s and 60s the European forest railway disappeared one by one. But not in the economically backward Romania: even 1970 existed still approximately 3,000 km of forest railway lines and up to 1986 (!) still new steam locomotives were built. At the end of the 1980s still 15 CFFs with together 1,000 km were operating. 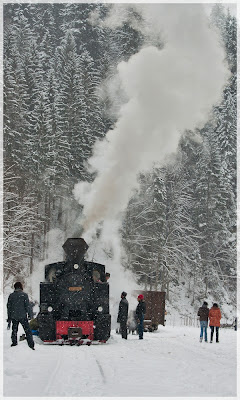 Today the CFF Viseu de Sus is the last and only operating forest railway in Europe - all other lines were put out of service. CFF Viseu de Sus is handled as a private industrial railway operated by R.G. Holz Company S.R.L. To preserve the steam locos as long as possible for tourism purpose, most of the production trains are operated with Diesel engines. 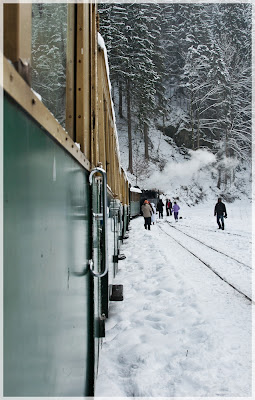 But for the pleasure of the numerous visitors the tradition of steam railways in Viseu de Sus stays alive. Tourist trains will run from May until October several times a week, except Sundays and holidays. And also around winter holidays. 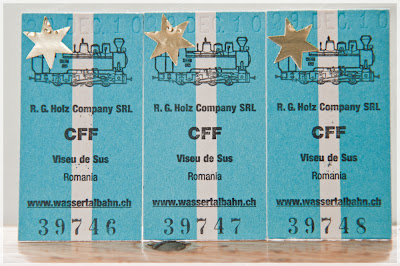 On December 29th, 2010, we enjoyed a 6-hour-trip from Viseu de Sus towards Paltin (21.6 km) with several breaks for maintenance operations. :) 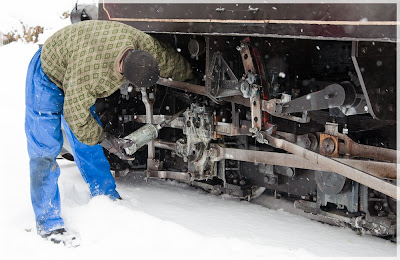 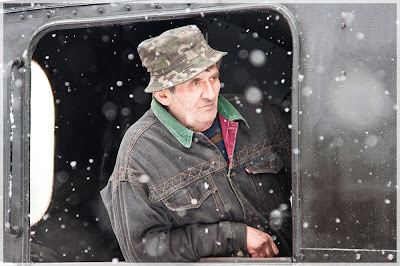 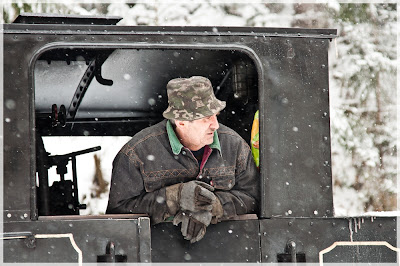 It is an incredible journey nobody should miss! 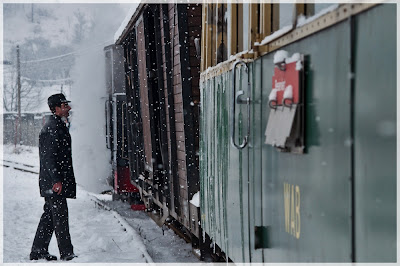